With $34.7 Million in funding, this is the largest funding support to date for mental health services in Melbourne's west, and will include a two-storey 54-bed acute building and is expected to be finished in 2016.

SJ Higgins Group Company Director, Carl Scavo, said the company is excited and proud to be delivering this project for Werribee Mercy. "We are delighted to be appointed the principal contractor for this major expansion project. This project is a welcome addition to our growing health care portfolio. This is our largest health care project to date and is a key example of our ability to draw on our previous experience to deliver complex projects in operational environments." Scavo said. The new acute mental health unit will feature a two-storey building with a floor area of more than 4,400 square metres, 54 adult inpatient mental health beds, 10 of which are high dependency unit beds, and four psychiatric assessment and planning unit beds. The new unit will be located in the same area as the existing facility at Werribee Mercy Hospital. There will also be an additional 100 car spaces created on the hospital site.

This was our second private education project in Queensland and we are very excited to have had the opportunity to work with Bickerton Masters Architecture to deliver this project. The ground floor of the new building comprises a parents lounge, staff room, print and resource room and offices with level 1 housing reception, boardroom, offices and a sick bay. The project was delivered in stages with the client moving into the lower level of the administration building as construction works continued on the upper level.

Our Queensland Office was contracted by Liebher-Australia to deliver a warehouse and office facility in Newman WA and the $19 Million facility in Redcliffe WA, comprising a 5,000m² warehouse.

The former DEPI research site will be redeveloped into a regional office and depot facility to service the entire Port Phillip region. The existing conference centre building will be extended and reconfigured into a high quality office building, a new 500m² depot constructed and a farm shed converted into a storage facility. The existing site will remain operational during construction. The Department of Environment and Primary Industries is Victoria's lead government agency for sustainable management of water resources, climate change, bush fires, public land, forests and ecosystems, agriculture, productivity and industry development; regulation and compliance, fisheries and game and business services.

We look forward to working with DEPI and FPPV Architects to deliver this redevelopment project.

SJ Higgins Group is very proud to have been involved in this outstanding construction project. Click on the following link to view the project:: Brighton Grammar School 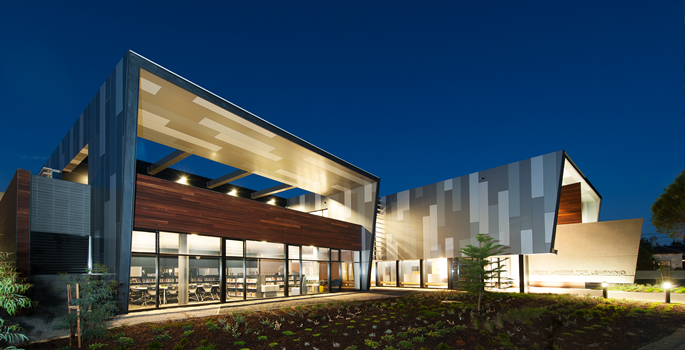 Aquinas College Ashmore October Update.Works on the Aquinas College project in Ashmore are progressing well with our team completing works on programme despite initial delays due to inclement weather.

The $6 Million project comprises construction of a new 3-storey Year 7 Building and a new single storey workshop. SJ Higgins Group was awarded the 3 Stage project at the end of 2013. The project, designed by Lightwave Architectural, is funded by The Corporation of the Trustees of the Roman Catholic Archdiocese of Brisbane and is managed by Davis Langdon.

Click on the following link to view all photos: Aquinas October Update

The new Liebherr Australia facility in Redcliffe WA was handed over today following completion of the two stage project in May.

The $19 Million expansion project comprised construction of a 3,500m² warehouse, including refurbishment and expansion of existing office and large hardstand areas. Liebherr-Australia provides equipment and support services to the mining and construction industries.

This project follows the successful completion of Liebherr's facility in Newman WA, which was officially opened 21 October last year. Our Queensland team is pleased to have had the opportunity to work with Liebherr Australia and Drew Dickson Architects to deliver these major expansion projects.

Designed by Baldasso Cortese Architects, Locksley Arts Precinct is a rejuvenation of the original 1924 Locksley House into a contemporary dynamic facility for creative arts, music and drama. 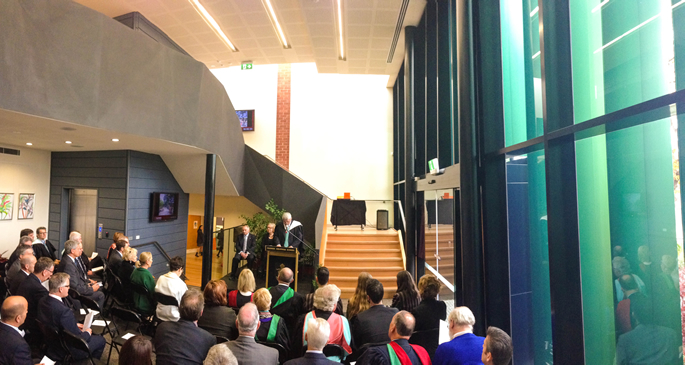 Works include demolition of existing buildings and lowering of existing ground levels by 1 metre. Construction works include a new 3-storey teaching block and a single storey workshop and staff room.

This is our first private education project in Queensland and we are very excited to have the opportunity to work with Aquinas College, Davis Langdon and Lightwave Architectural. Since beginning operations in Queensland, our business strategy focused on retail construction projects. We have developed an enviable reputation for quality construction and expertise in the retail sector. Over the last two years, our Queensland office has successfully expanded our profile and diversified into new sectors including industrial and mining. The award of the Aquinas College project represents a significant milestone in our continued growth in Queensland.

A new service station was constructed including a new fuel tank farm, retail space, canopy structure and acoustic perimeter boundary fencing up to 4m in height. Congratulations to our Queensland team for the successful completion of our first contract with Caltex Australia Petroleum.

This is part of the $50 Million redevelopment of Mayflower's Brighton Site. Stage 1 was completed in 2010 with Stage 2 delivered late 2013.

Project Completion- Assumption College Boarding Facility Our Melbourne team has recently delivered the $7 Million design and construction of three new boarding houses, each consisting of 24 student rooms and two self-contained staff units including a new catering hub at Assumption College in Kilmore with the Grand Opening Ceremony scheduled for 30 March 2014. 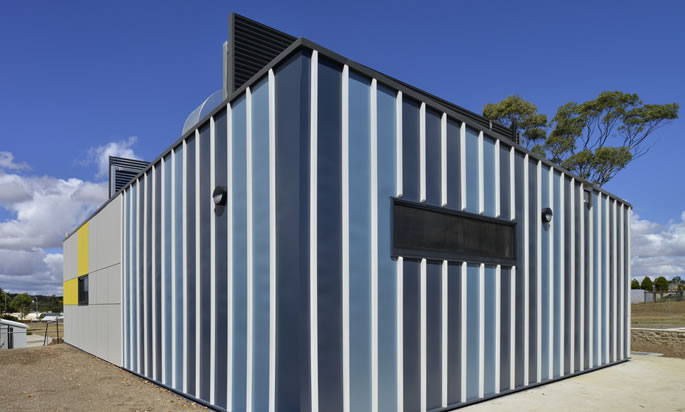 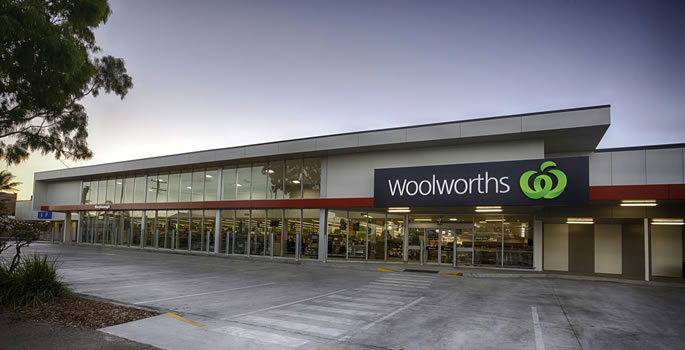 The store was closed for 10 months since the floods in January and reopened its doors early December 2013. This was an extremely challenging project due to its nature and the tight delivery programme. Our team worked closely with the Client, consultants and subcontractors to address all issues and ensure that the store was delivered on time. 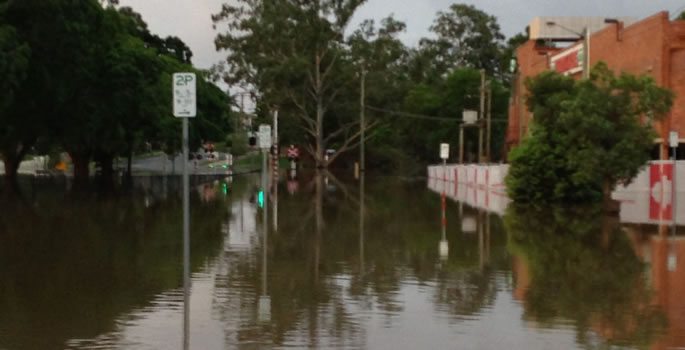 Click on the following link to read more about the challenges our team faced during the construction of this project.

Mayflower Stage 2- Best performing site nationally for 2013 Congratulations to the Mayflower Team for having achieved a zero recordable incident year in 2013.

This success was achieved with a total of 100,901 man hours worked. Well done to the Mayflower team and all our other project teams who have worked very hard to improve our safety culture over the past 6 months

Completion of the new Middle School building at Brighton Grammar 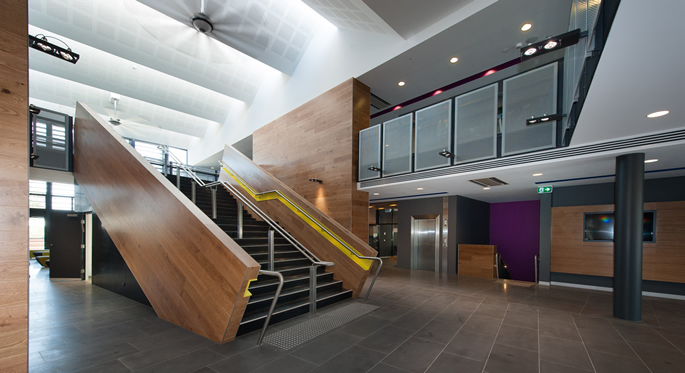 The project comprised construction of a new stand-alone Middle School building designed to support a project based curriculum. The building’s design is both contemporary and at one with its surroundings. Its layout comprises a mixture of classrooms and public learning spaces that foster a culture of collaborative learning among the students. The buildings services are abundant in information and communication technology which will help to promote varied learning methodologies for the students.
Student resources and specialist areas are dispersed throughout the facility to provide the students with ease of access to the learning utilities that best suit their desired modes of learning. The building layout harbours strong connections between its internal and external environments, enabling classes to be taken outside and also providing room for sport and recreation. Our Melbourne team is proud to have worked with Brighton Grammar School, Clarke Hopkins Clarke Architects and APP Corporation to deliver this major project.

We are pleased to advise that on 8th January, the Office of the Federal Safety Commissioner accredited SJ Higgins Group (SJ Higgins Pty Ltd and SJ Higgins Constructions Pty Ltd) under the Australian Government Building and Construction OHS Accreditation Scheme. The SJ Higgins Group Board of Directors thank Kate Elliott, HSEQ Manager, and project staff for their commitment and hard work in achieving OFSC Accreditation. The safety of our staff, subcontractors and the general public is very important to us and we are pleased that this has been recognised by the Federal Safety Commissioner.

"This accreditation is a direct result of our commitment to safety and a high quality of work. It also recognises our rigorous efforts in improving and sustaining our management systems and performance standards. We look forward to new opportunities that this accreditation will provide to our company." says Carl Scavo, Director.
© 2016 SJ Higgins Group
VIC Head Office
QLD Office