We wish you a Merry Christmas and a Happy New Year. 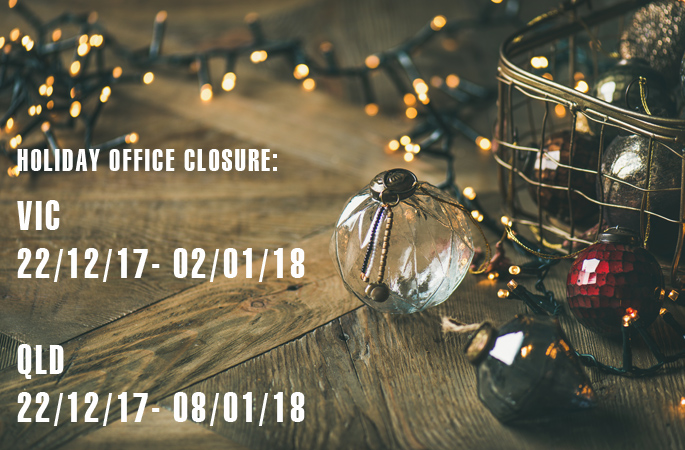 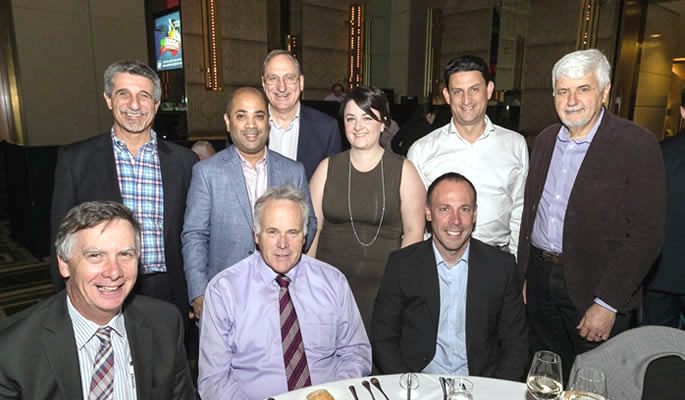 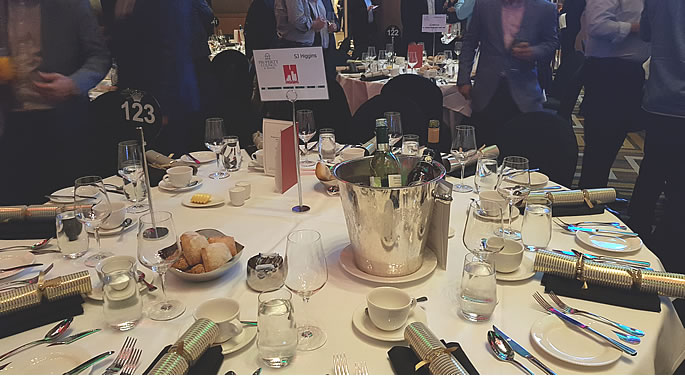 Combining football, cricket and tennis under the one roof, the new facility officially opened by the Honourable Tim Richardson MP, representing the States Government, The Bayside City Council Mayor Lawrence Evans, the State Member for Sandringham the Honourable Murray Thompson and the Chairman of the BSC Tony Mellick. 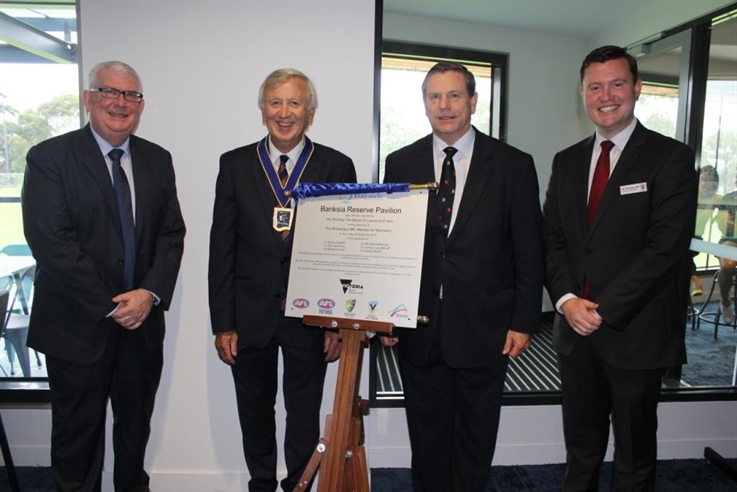 The project involves the refurbishment and extension of an existing double storey GLA Building, to incorporate a new Senior School Reception, informal learning areas, teaching spaces, covered lecture space & business centre. The associated external works include a covered link to the existing buildings, an outdoor covered amphitheatre with extensive retaining walls & bridge access to the upper level from the street. 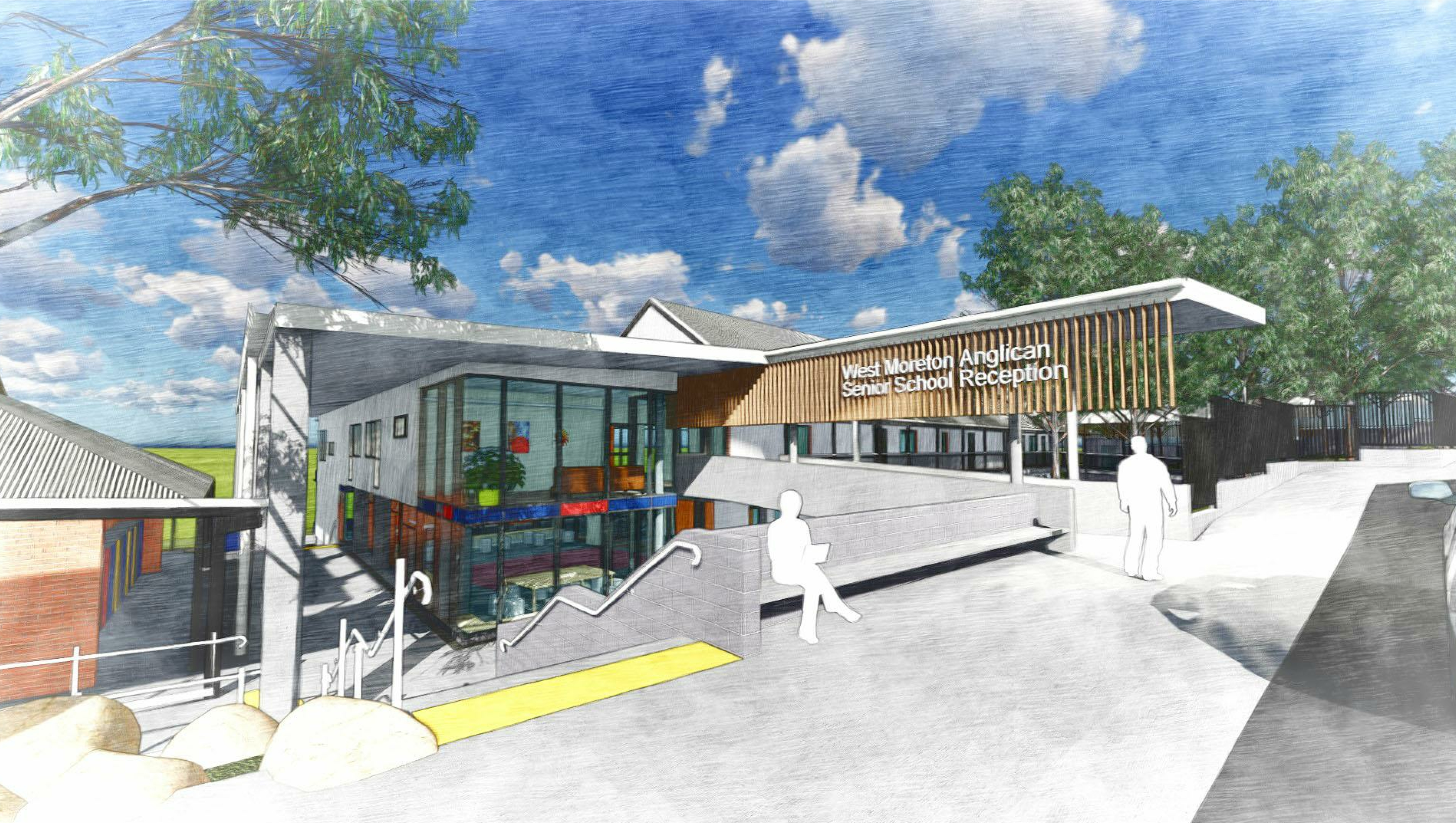 The $25 million site in Caulfield will house six cottages and 80 individual rooms for people living with dementia. The 2 stage development will be delivered under a design and construct contract, each cottage will have between 9 and 15 private bedrooms with ensuite bathrooms, a centralised domestic kitchen for the preparation of fresh meals and a variety of domestic and familiar living areas. A new basement carpark with 75 spaces, ambulance parking, maintenance, plant and miscellaneous area will also be constructed. As part of the redevelopment, HammondCare will also establish a range of new ancillary services aimed at creating opportunities to participate in activities of day to day life, including a general store, a chapel, an arts room, a workshop and a salon. Pictured is HammondCare General Manager of Residential Care, Angela Raguz, breaking ground with David Southwick MP and Jamie Hyams, Deputy Mayor for Glen Eira. 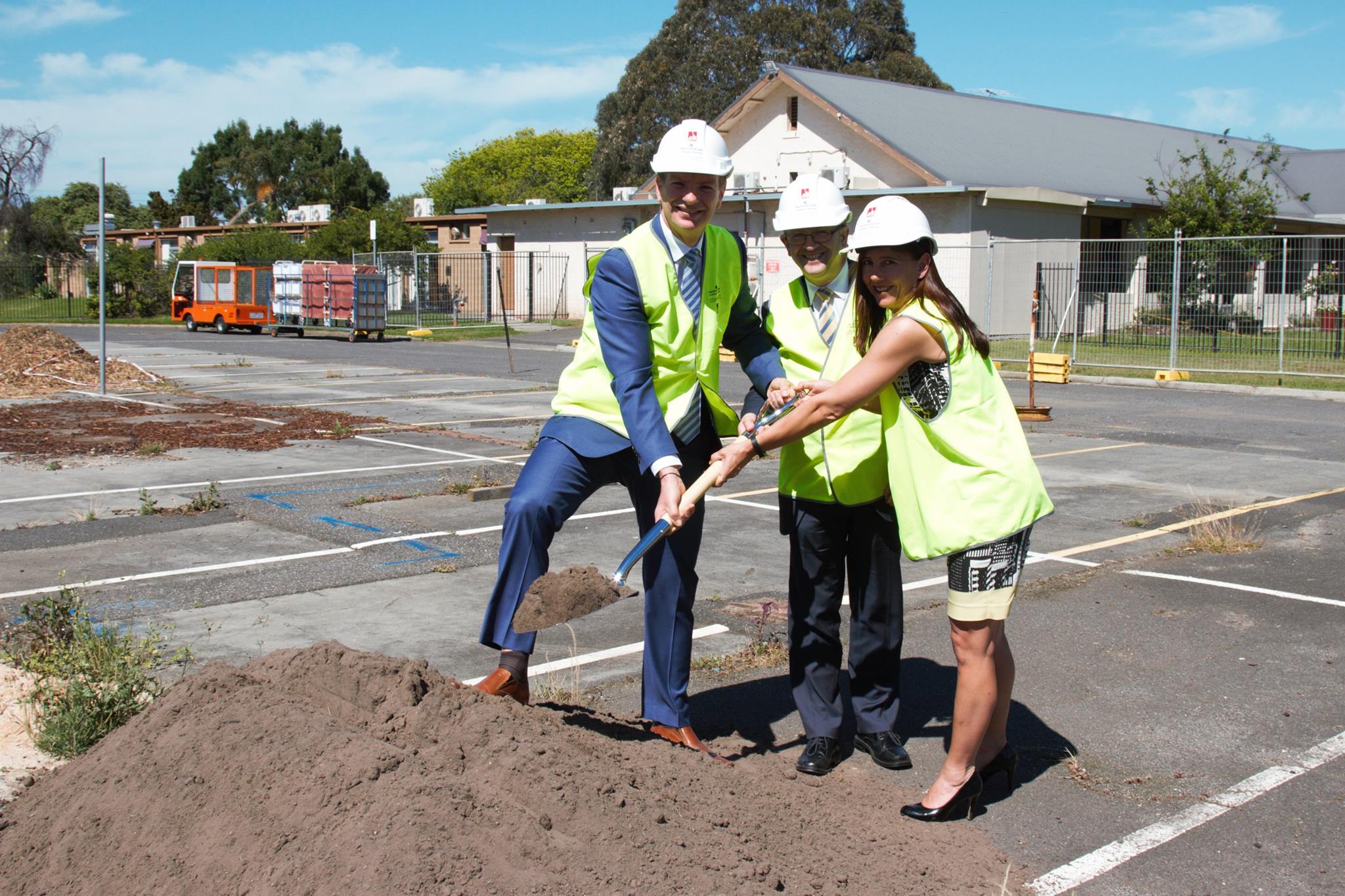 Held at the picturesque Commonwealth Golf Club Course, the golf day attracted 23 teams of keen golfers for an 18-hole event. In its fifth year running, the Charity Golf Day is Uniting AgeWell’s major fundraising event and has raised $54,000 towards the Wishing Well program. 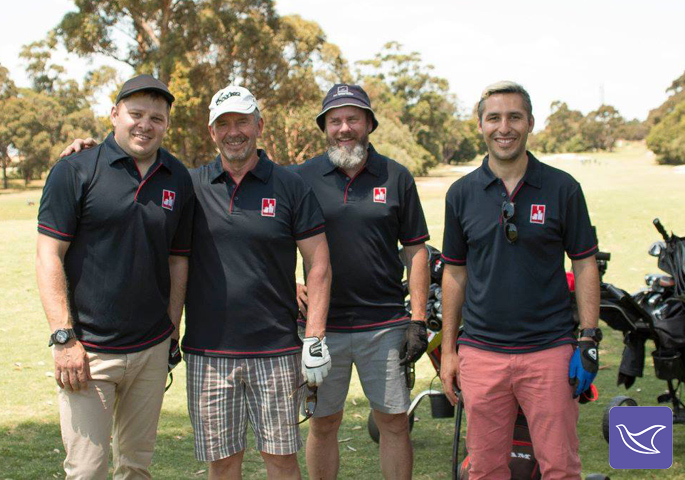 Woodlea Pavilion completed We have successfully handed over the new pavilion at Woodlea Estate as part of the Active Open Space precinct.

Woodlea is a fully integrated masterplanned community located at Rockbank with a 30% of the estate dedicated to open space including walking and cycling paths, playgrounds and environmental features such as the protected River Redgum woodland, wetlands and the Kororoit Creek corridor. Scope of works comprised new sporting complex with a centralised social space with servery access to a kitchen, two sets of home and away change rooms, umpire rooms, a tennis multipurpose room with storage facilities and self-contained amenities, as well as First Aid facilities and club storage areas. Designed by GroupGSA, the pavilion features two rectangular wings with simple skillion rooves house the change rooms and essential sporting pavilion facilities and are positioned to directly address the two ovals, while creating a welcoming gesture on the entry side. External walls to the wings on the entry side are concrete tilt-up feature panels for efficiency and robustness and are treated as a canvas for a landscape graphic, giving a unique identity to the facility. These solid wings sit in counterpoint to the highly transparent social space that joins and reconciles the geometry of the wings. Facing the ovals, each wing is constructed using coloured vitrapanel cladding and blackbutt timber cladding to suit the theme of the estate.

The former iconic Jo-Jo’s restaurant on the corner of Albert & Queen Street in Brisbane’s CBD has received a $5 million “state-of-the-art” fitout, taking pole position as the largest McDonald’s retail project in the Southern Hemisphere. With an enormous 1,000sqm space and hosting 320 seats throughout there is plenty of space for all children, business people, student and parents and will be operating 24/7 from today.

Licensee, Tanya Mantei-Mulcahy says that the opening of this McDonald’s store in the city is ideal timing with the concept of this restaurant’s fitout reflecting the diversity of the CBD customers’ different needs. 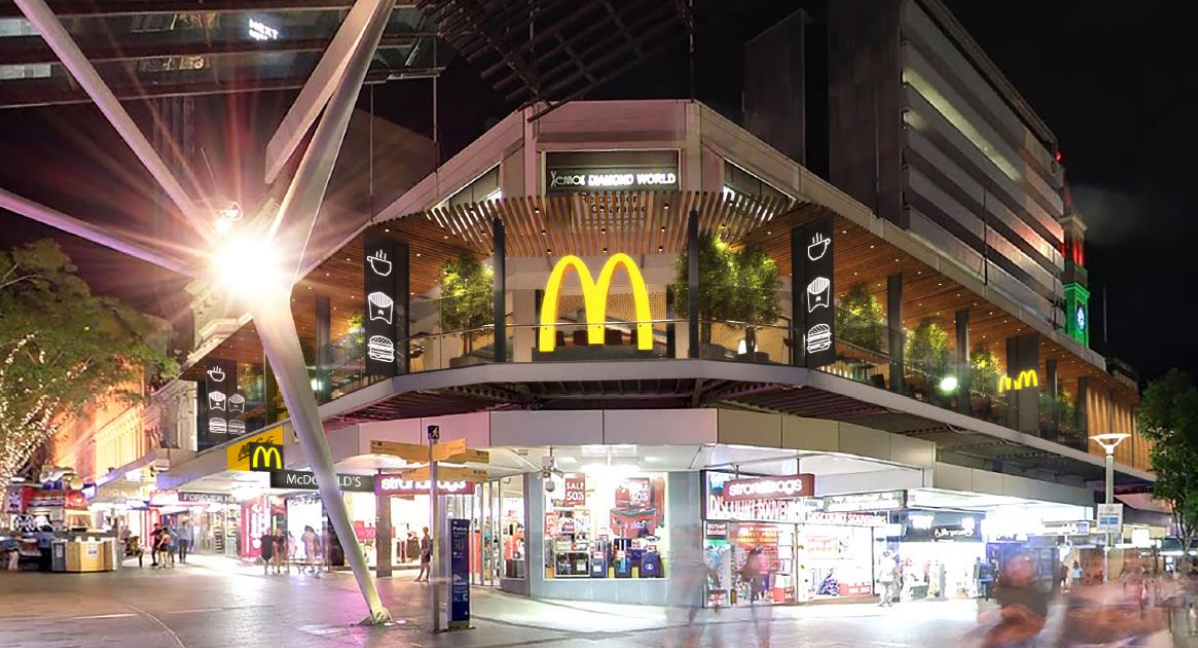 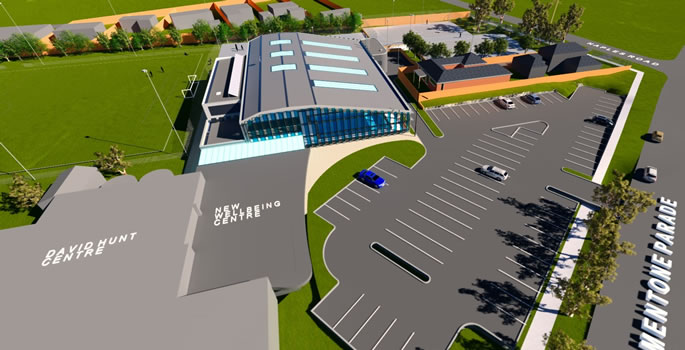 This project is part of a $2.7 billion Homes for Victorians initiative to address housing and homelessness. The first stage of the renewal will see 68 social housing units constructed on long-vacant land in Stokes Street and Penola Street. The initial redevelopment will provide a 10 per cent increase on the public housing previously provided on the two streets, where original homes built in the early 1940s were demolished between 2008 and 2012.

“We are excited to work with Uniting AgeWell and Thomson Adsett Architects to deliver these major redevelopment projects, which present a significant milestone in our company's continued growth in the seniors living sector. The award of these projects is also a great opportunity to demonstrate our strong credentials and skills to deliver state-of-the-art seniors living facilities,” said Mr Carl Scavo, Director of SJ Higgins Group. 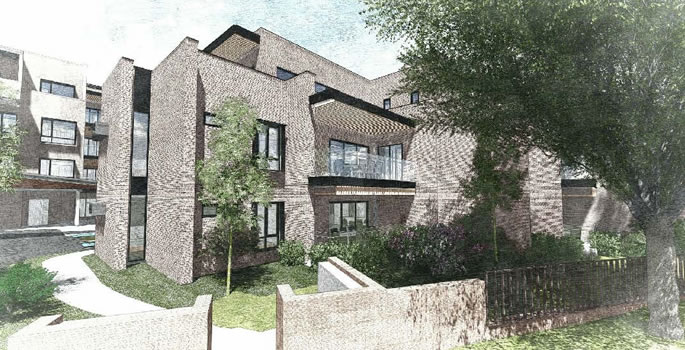 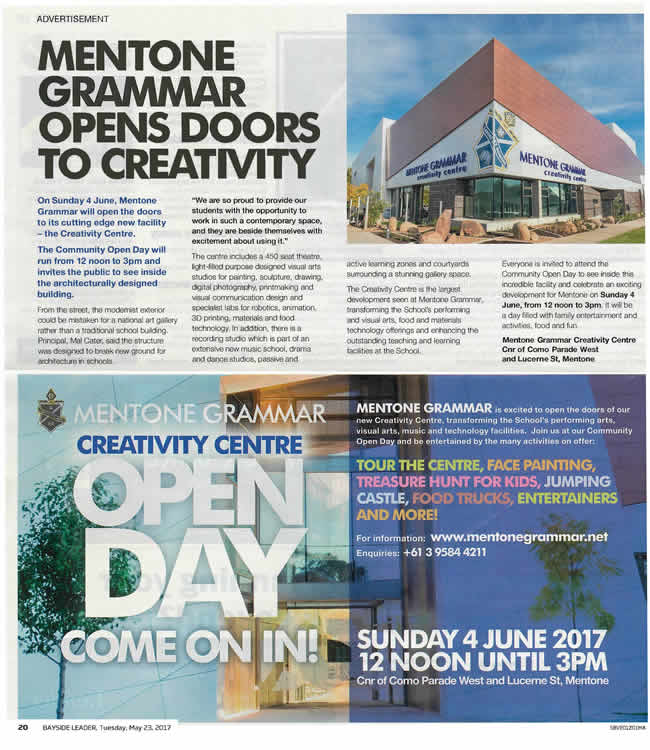 The Melba Secondary College Rebuild is progressing well with all three key structures taking shape. Below are images taken by a drone showing latest activities on site. 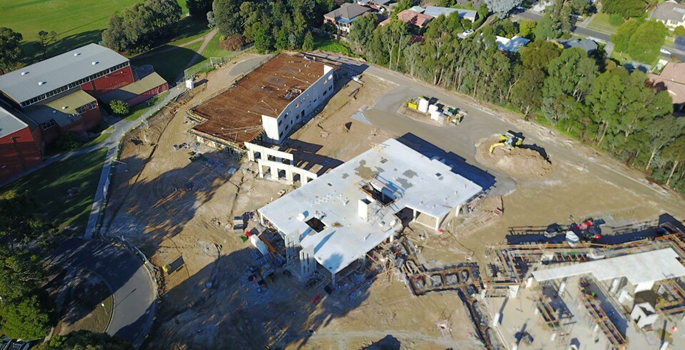 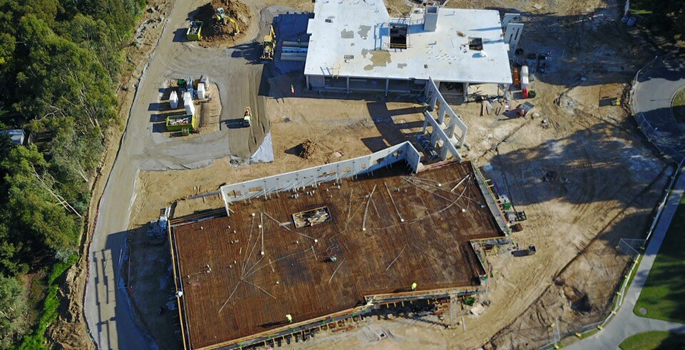 Junior Building showing formwork and reinforcement in place with services roughed in ready for concrete pour. Crushed rock is being installed on left side of picture in preparation for external pavements. 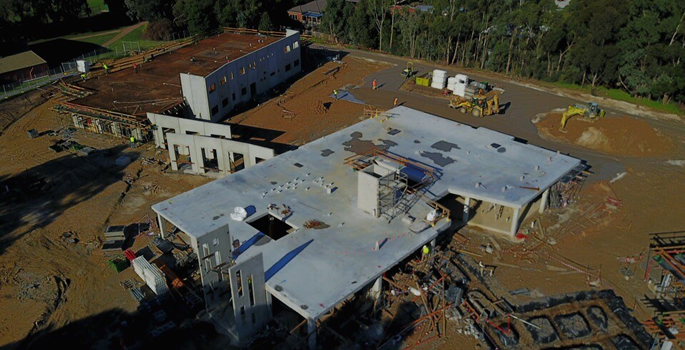 Time-lapse video showing progress of construction of a new GLA Building at The Hills Educational Foundation School in Jimboomba.

Minister for Emergency Services James Merlino and Member for Mordialloc Tim Richardson today donned their hard hats for a tour of the site, which will be transformed into a new 3 storey community fire station comprising a 4-bay motor room, large multi-purpose room, a purpose built volunteer business hub, community meeting room, offices and other brigade facilities. 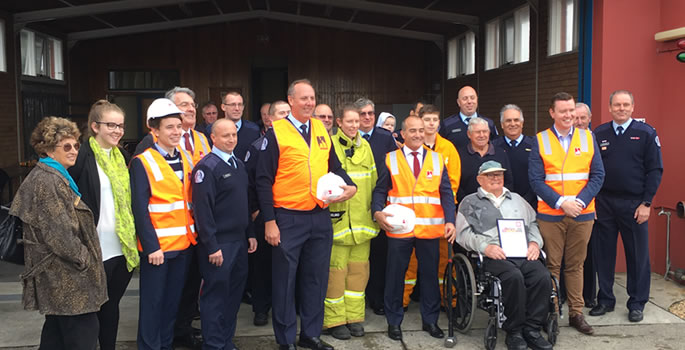 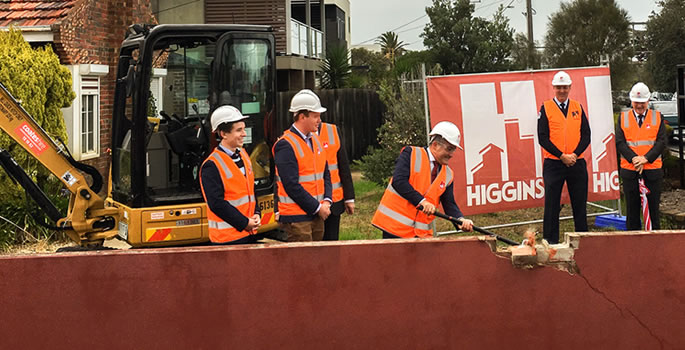 Designed by Rothelowman, Buckley & Co boasts a collection of bespoke luxury residences featuring high end finishes, attention to detail and meticulously planned interior spaces. The 5 level apartment building comprises 47 residences including one, two and three bedrooms apartments and three townhouses. Each residence has been carefully planned with traditional spatially sensitive areas opened up to allow a boundless sense of space and style. 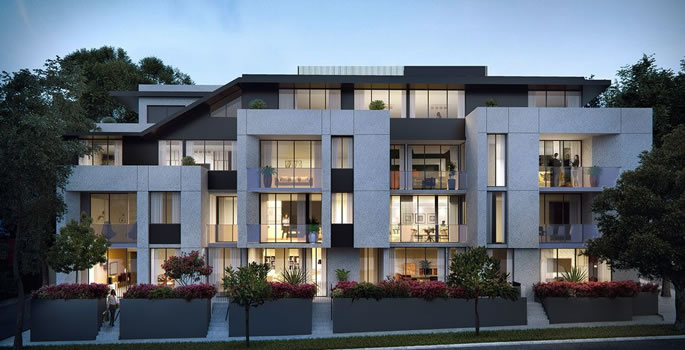 SJ Higgins Group was engaged by St Peter's College in December 2016 for our second project on their East Cranbourne campus - Year 9 Learning Centre. Construction of Stage 5 is commencing today.

Stage 5 comprises construction of a new Year 9 Learning Centre together with all associated external services inlcudiing covered outdoor learning areas. This part of an award-winning development of an new campus delivered under a multi-staged construction program.We are thrilled to have the opportunity to work with Hayball Architecture again to deliver this exciting project for St Peter's College.

New project: CFA EdithvaleWe are pleased to announce that SJ Higgins Group has been awarded the contract to build the new $3.5 Million CFA fire station in Edithvale.

Check out the amazing aerial drone photos showing progress of the construction. 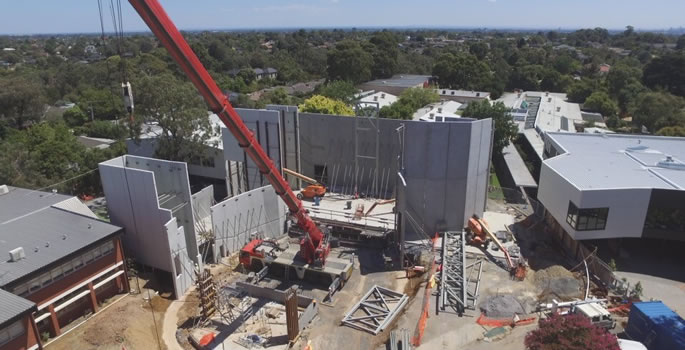 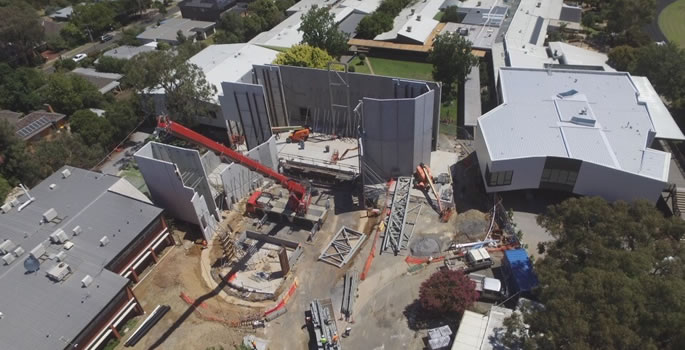 Completed in two stages whilst the hotel and pub remained operational, the project involved the relocation and refurbishment of amenities, new bar and TAB facilities as well as the refurbishment of the dining area and beer garden. 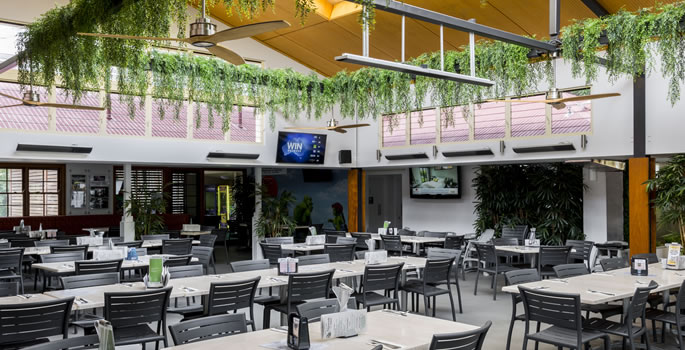 The project comprises upgrade of three major centre entrances, internal feature dome upgrade and re -painting to the entire Shopping Centre.. The entrance refresh works include new entry awnings and a major corporate signage upgrade inclusive of feature screens to the external elevations. A new undercover walkway will also be constructed allowing the centre patrons protection from the weather when walking from the carpark to the centre’s entry. With the repainting of the entire centre, the centre will undergo a refreshing transformation and will provide the crisp new backdrop to the new entry awning works. The internal feature dome will also undergo a facelift, with the introduction of feature timber battens, new furniture and lighting upgrade, this domed food court will stand out and provide a fresh new look to the centre’s food court precinct. 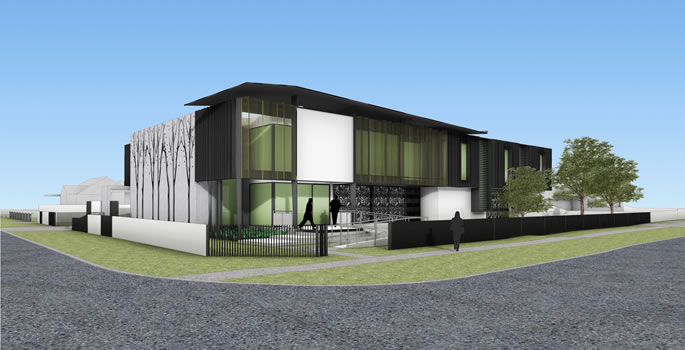