To find out more about the project, click on the following link: Arilla ILA

Our Queensland office has been appointed to deliver a $1.5 Million redevelopment of Caltex Service Station in Kenmore.

Scope of works include demolition of the current facility including removal of existing fuel tanks and construction of a new service station and canopy with new fuel storage, hardstand and road infrastructure works. This contract is SJ Higgins Group's first petrol station project. We are excited to have the opportunity to deliver this redevelopment project for Caltex Australia Petroleum.

Image Courtesy of The Retail Group

The 2 Stage project will include a new learning area with activity spaces, staff work area and resource/library area. Stage 2 of the project will consist of a new administration/multipurpose building comprising general office, reception, offices, conference facility and amenities. Construction of Stage 1 is set to commence early October 2013. 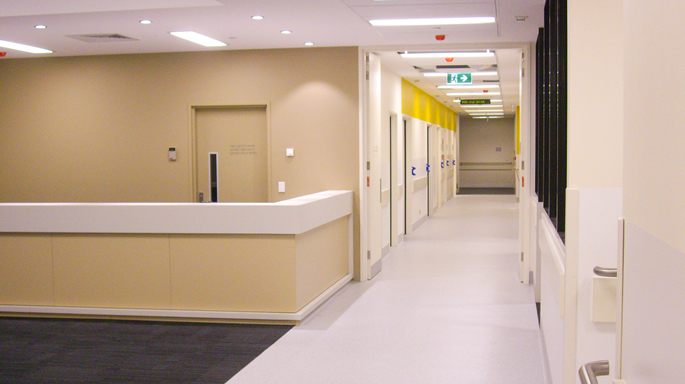 Practical Completion will be achieved this week on The Alfred Centre Stage 3 Ophthalmology, ENT and Gastroenterology Clinic. The project was delivered ahead of programme despite numerous challenges due to location and the limited access and egress into the site. This was SJ Higgins Group's first project with Alfred Health.

SJ Higgins Group was appointed early 2013 to complete the conversion of the existing suspended ground floor carpark into administration zones and consultation suites. 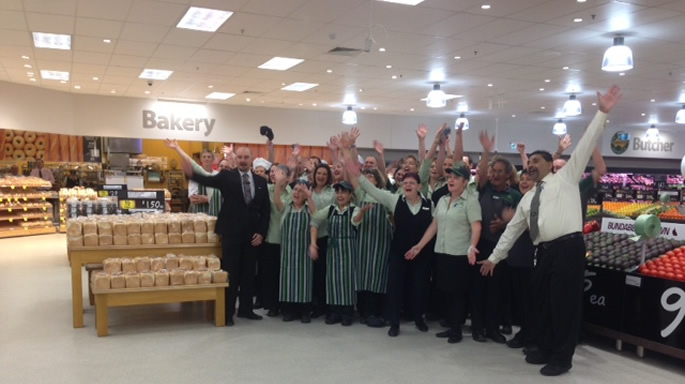 121 days after the flooding of the Woolworths Supermarket (Hinkler Central) in Bundaberg, the refurbished and modernised supermarket reopened its doors yesterday.

The flooding, caused by ex-tropical Cyclone Oswald over the Australia Day weekend, inundated the Woolworths store with approximately 560mm of water. The damage required store closure and complete stock removal due to contamination. The flood recovery included extensive demolition leaving only the structural walls, floors and roof and full fit out of the store. One of the greatest challenges our team faced during this project was the mobilisation of project staff and equipment to a declared natural disaster zone. Construction works were fast-tracked in order to meet the Hinkler Central reopening deadline. We thank all project parties for the close cooperation, understanding and open communication, which ensured the successful delivery of this challenging project.

Work on a $19 Million expansion for Liebherr Australia's industrial facility complex in Redcliffe WA has commenced. The project comprises of a 3,500m² warehouse, including refurbishment and expansion of existing office and large hardstand areas.

The overall project is to be constructed in two stages, with Stage 1 consisting of office alterations to be handed over end of May. Stage 2 is set to commence early June with proposed completion aimed for mid 2014. We are pleased to be working with Drew Dickson Architects and Liebherr Australia to deliver this major expansion project.

McDonalds Australia Limited has engaged SJ Higgins Group's Queensland team to deliver the construction of a new McDonalds Restaurant in Chermside Park. With construction set to start in May, the new $2 Million restaurant will include an outdoor dining area, McCafe, playground, Drive-Thru and associated landscaping works.

We are currently constructing a new McDonalds Restaurant in Tingalpa with completion aimed for early June 2013.

New Project: MMD Australia. SJ Higgins Group has been awarded a $7 Million contract to build a new warehouse for MMD Australia in Narangba Queensland. The project consists of a new industrial building with a 2,600m² workshop and ancillary offices including site works and landscaping.

Current external works include the installation of glass to windows with the majority of brickwork up to level 2 complete. Acrylic render installation commenced on the East Elevation with a stone facade cladding on Centre road front planned to start in a week.

SJ Higgins Group's Queensland Office has been engaged as the Head Contractor for the upgrade to Operations Building facilities. The project includes the construction and partial fitout of a new workshop, extension and refurbishment of the existing change facilities and dining facilities and other minor works.

Our Queensland office has successfully completed the refurbishment of the Nambour Selangor Private Hospital's Day Infusion Unit for Ramsay Health. This follows the completion of a previous contract for a new state-of-the-art rehabilitation unit at the hospital.

The overall project is an extension to the existing Oncology Unit and includes refurbishment of the oncology unit, Theatre Centralised Sterilisation Department (CSD), construction of new amenities and refurbishment of existing amenities. All works were performed within a fully functional hospital environment without disruption. The new five chair treatment facility will provide comprehensive cancer treatment to patients of the Sunshine Coast and surrounding areas.

Further stages of the redevelopment include a new state-of-the-art workshop and service area with completion due late 2013.

Our Queensland Office is pleased to announce our appointment as the head contractor for the design and construction of a new small-format Woolworths supermarket at Burleigh Heads.